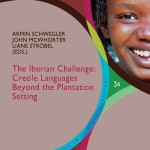 Creole languages lexified by Spanish and Portuguese have played a relatively small role in theories of creole genesis, and as a result the histories of vernaculars such as Palenquero, Papiamentu, Cape Verdean Creole, and the Gulf of Guinea creoles (e.g., São Tomense or Annobonese) have typically been considered distinct evolutionary events. In contrast, English and French-based creoles (e.g., Hawaiian Pidgin English or Haitian French), formerly spoken on large-scale plantations, have always been viewed as the “default” or prototypical kind.
This volume takes issue with this traditional view by arguing that there is no a priori reason to give plantation creoles this preferential treatment. As the ten articles assembled here show, the plantation scenario is only one of many — a realization that poses special challenges to theories of creole genesis that seek to be maximally comprehensive. Overall, Iberian-based creoles thus demonstrate a diversity of complex circumstances that any overarching theory of creole genesis ought to take into account. 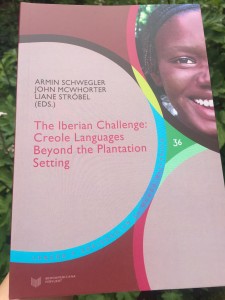 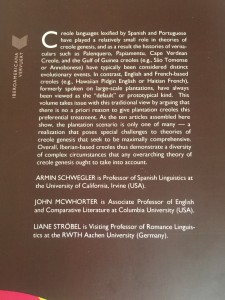