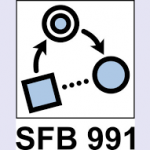 This interdisciplinary workshop aims to bring together researchers from linguistics, philosophy, psychology and neuroscience to discuss phenomena of concept formation and concept learning.

In recent years, neuro-science has emphasized the role of perception and action for conceptual knowledge. In cognitive linguistics, metaphor and metonymy have been used to characterize how new concepts derive from the sensory-motor domain and how they are subsequently processed and represented in language. Similarly, conceptual spaces have been regarded as an adequate substitution for the category of category in order to allow for domain specificity. In philosophy and psychology, concept learning has been commonly appreciated as a phenomenon of pattern recognition and induction.

The workshop seeks better understanding how these different aspects of concept formation can be brought to a common ground on which both commonalities and particular roles and means of linguistic representations can be made explicit and related to each other.

To do so, we invite submissions in the following areas of research:

Submission can address the presented topics also indirectly. All submissions should be anonymous, not exceed 500 words and will be subject to blind reviewing.

More information and all important dates will be soon available on this website or the official website of the SFB 991!